​Available in Soft cover and Kindle ... Click book for link to Amazon 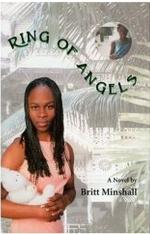 ​The Greatest Mystery about ALL Human Behavior has now been EXPOSED.
DID YOU KNOW: There are two of YOU. One the INDIVIDUAL (physical soulful self); the other the Social self (Meme member). There is rarely a connection between the two.
QUESTION: EVER WONDER WHY:
• Holidays family reunions turn to chaos?
• Countries WAR constantly?
• Wealthy Powerful Executives RUIN businesses and NEVER pay the price?
• Different Races and Cultures continually clash?
• The Religious, who "believe" in LOVE―Kill so often?
• COPs murder Citizens―then Go Free?
• Humankind does the same destructive things―over and over again?
ANSWER: IT'S MEME LAW!

The Jesus Book introduces, the most peace seeking man in history. Once you've met this "REAL" Jesus; hear "What he REALLY said" and witness "what he REALLY did," you'll recognize most religions support war and sell out to powerful, rich coteries.
Never again will God's name (Allah, Bondye, Jehovah, Krishna, Christ...) underwrite a killing spree and "God and Country" will not justify looting other's resources. Here is an opportunity to abandon greed as our national standard.
Read Jesus' words many hidden for centuries, condemning pretend houses of worship that praise warrior - empire building gods; while ignoring the trashing our beautiful planet to get CHEAP goods and make BIG profits. TJB strips corporate/financial enslavers of their stolen Messiah.

The true story  that brought  to life the attempt to bring down the Aristede government in 2003.

The Ring of Angels were the children of Hati which included young prostitutes. In 2003 Pastor Britt stayed in the same hotel where the White house operatives were sent to destroy President  Aristede's government , these people then  went on to disrupt the governments of North Africa and Syriah.

Now for the FIRST time EVER

How the World REALLY Works.
​.

​​Renaissance or Ruin: The Final Saga of a Once Great Church

This is the most modern and dynamic instruction book on how to convert a church or non-profit into a positive and spirited institution.